From Hope High School to Lippitt Park, this thoroughfare demonstrates how a street can form a vibrant town within a city. Carolyn, and I pondered this question dining at Avenue N, as we celebrated the lifting of covid restrictions. As we ate, we watched our town opening up along Hope Street, the spine of Providence’s East Side. 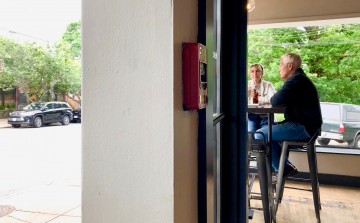 Streets are more than just traffic arteries. Streets are basic units of city planning. The pandemic reinforced this, as people were forced outside to dine. Overnight we adopted the European al fresco tradition, as if we had always occupied the sidewalk to eat and socialize. This simple change re-connected people with the street, and re-affirmed a tenet of citizen-driven planning.

This mile-and-a-half stretch of Hope Street was not the brainstorm of developers or academics, it just happened organically. That’s what makes it so appealing and also worthy of study.

If Hope Street is vibrant, it is not because of sell-your-soul-to-the-day-trippers Newport-like tourism. Nor is it because of some large savior-like project, such as Providence Place Mall (and we know how that has turned out).

Individual shopkeepers own almost all of the many businesses along upper Hope Street. The only chain stores are a couple of filling stations, two banks, and a CVS. This translates into a commitment to the neighborhood, where the personality of the storeowners is an enticement in attracting people to shop and eat there. 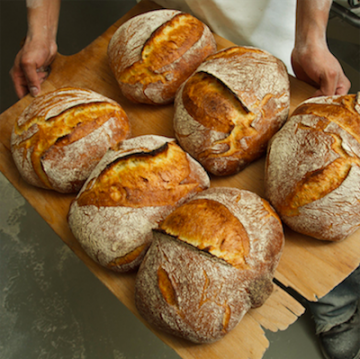 Seven Stars Bakery, which was established in a former gas station by Lynn and Jim Williams twenty years ago, is a good example of this. Seven Stars is like a New England general store or an English pub–a nexus for exchanging news and relishing serendipitous friendship. The couple sold the bakery in 2018.

When Carolyn was in Miriam Hospital for an extended time, Lynn brought dinner every week. I wonder if there is any local realtor who would deny Seven Stars’ role in the gentrification of the neighborhood.

There are dozens of merchants who believe that small is beautiful–and often better. Milena Pagan, the MIT-trained chemical engineer turned chef, adds a Puerto Rican dimension to the local coffee shop at her recently opened Little Sister. Asher Schofield at Frog and Toad envisioned a gift shop based on humorous explorations of quirky Rhode Island. Jan Dane’s Stock customer service and intimate atmosphere at Stock is a human alternative to an impersonal box store in Seekonk or Attleboro.

Although the street lacks a hardware store, and some repair shops, there is almost everything else to support a good-sized town, say a university town like Chapel Hill, North Carolina or Bloomington, Indiana. And what Hope Street has is appealing. There are no car dealerships, and no drive-up fast-food stores where a disembodied voice takes your order for inedible burgers.

Corner of Hope and Rochambeau (seven small businesses in this picture). PHOTO: Will Morgan

Note the range of stores and emporia as you drive or stroll along Hope Street: a bike shop, a florist, jewelry stores, realtors, dry cleaners and tailors, camera stores, art galleries, a toy store, a Bangladeshi grocery, liquor stores, boutiques, medical offices, an olive oil dispensary, a Laundromat, barbershops and hair and nail salons, and a feline veterinarian, not to mention a funeral home. In the civic realm, there are schools, a public library, three churches, the Brown observatory, the Y, and a public park with a farmers market.

Most of all, we see an avenue of restaurants. Hope Street is about food, which, simply stated, is about life; the restaurants provide all sorts of nourishment, literal to spiritual. The variety of menus range from Chinese, Cambodian, and Indian, pizza, and local bars, to high-end dining, as at restaurants such as Pizzico and Chez Pascale. Since covid, it is not just ice cream cones that we enjoy outside, as we have moved outside whenever weather permits. And the resultant blurring of the line between sidewalk and street is transformative. Paris in Providence. 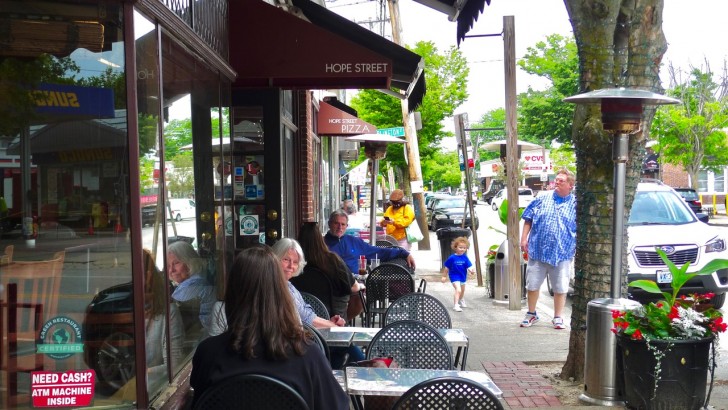 Several restaurants in a row, spilling out on the sidewalk. PHOTO: Will Morgan

On either side of all this activity, and actively supporting it, is residential architecture. This consists of mostly freestanding houses, some single-family, often multi-family, a townscape of two and three stories, primarily of wood. All contribute to the human scale of Hope Street–an integration of both daily commerce and living, just like a town. 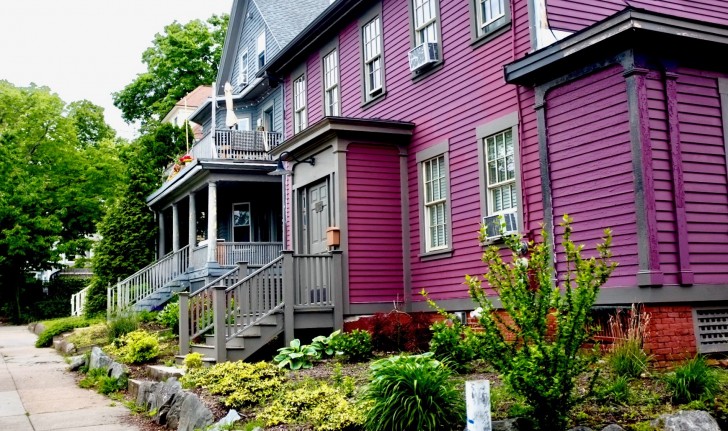 Porches, peaked roofs, a variety of color, and a lot of visual interest. PHOTO: Will Morgan 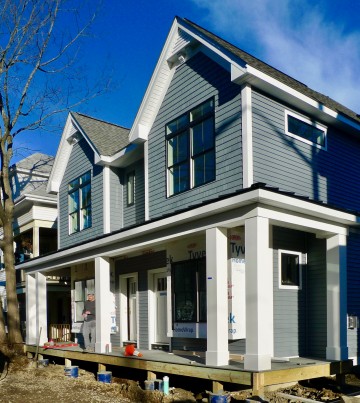 This appealing collection of 19- and early 20th-century houses is pretty much intact, there’s not much non-contributing infill or swaths of empty tarmac. Despite the hunger for new housing construction housing on the East Side, these Hope Street houses seem to be reasonably secure. But how long before a developer buys up single-family homes and inserts shoddily constructed apartments in them, as in Fox Point?

City Kitty, however, is one new project on Hope Street that is inspirational. A greenhouse here was to be replaced by a coffee shop with a drive-up window, a scheme that crashed against effective neighborhood protest. Its replacement is an architect-designed building that houses a veterinary clinic, a Montessori school, and several rental apartments. 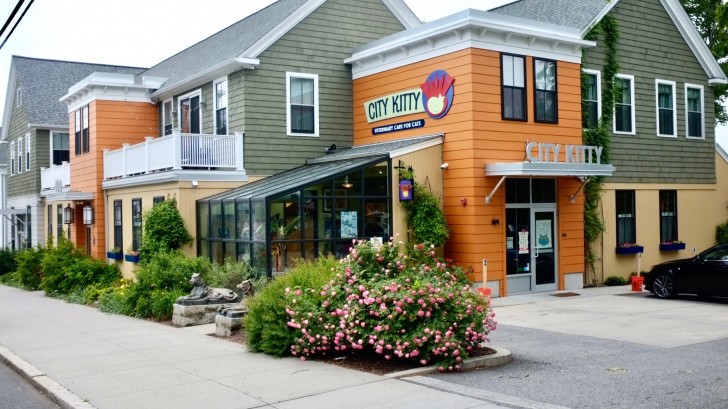 City Kitty: sensible multiple-use building and an addition to the street. PHOTO: Will Morgan

The success of upper Hope Street does often some key urban planning lessons. Local community is always to be preferred over corporate ownership. Small scale can pay larger dividends. And, the viability of the street is what makes other things possible.

GoLocal architecture critic William Morgan has been written about design and cities for a variety of newspapers including the New York Times, the Cleveland Plain Dealer, and the Christian Science Monitor.

Philippe Sarfati presents Territories or: how will we live together with architecture

No Result
View All Result